On Independence Day (August 6), when typical teenagers were enjoying social outings or time at home with family, 13-year-old Leanna Wainwright was accepting the Mayor’s Special Award for Sport, for her outstanding performance in swimming, from the Mayor of Montego Bay, Councillor Homer Davis.

The award was presented during the St. James Municipal Corporation Independence Uniform Parade, Flag-Raising and Civic Ceremony, which was held in Sam Sharpe Square.

Leanna said that “receiving the award was amazing,” and she felt honoured to be among the other awardees.

Leanna, who started swimming competitively at age six, has always had a love for water.

The swimming prodigy attends the Montego Bay High School for Girls, and is a member of the Sailfish Swim Academy in the parish. She has won quite a few medals in her short career.

In April of this year, Leanna participated in her first-ever international meet, the CARIFTA Swimming Championship in Barbados, where she represented Jamaica. She participated in the girls’ 11-12 age group in four individual events, and was a part of three relay teams.

The young swimmer copped two gold medals in the individual 100-metre and 200-metre backstrokes races, respectively, as well as a bronze medal in the 50-metre backstroke. Leanna also placed fifth in the 200-metre individual medley and earned a gold medal as part of the island’s 400-metre medley relay team, which set a new National and CARIFTA Championship record.

“The medals I got from CARIFTA stand out to me the most, because it was my first-ever international meet. 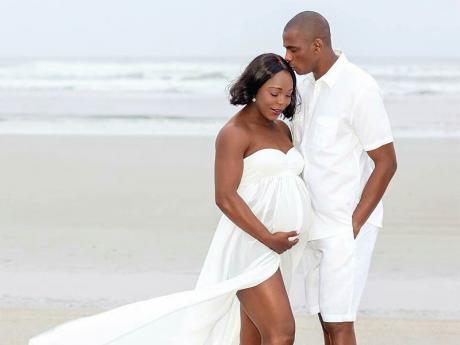