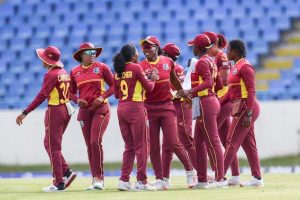 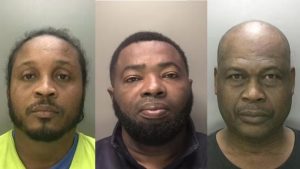 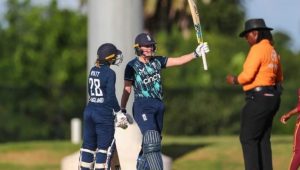 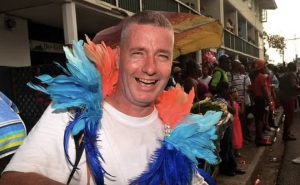 Guyana’s economy will not depend solely on oil and gas – Pres. Ali

While Guyana is rapidly evolving as an oil and gas market, the nation’s economy will not depend solely on the treasured natural resource for countrywide development.

The head of state made it clear that the hydrocarbon will bring essential revenues into the country, but those income must be used to expand the economy, increasing competitiveness, and opening up new opportunities.

The Guyanese leader made the statement Monday, during a live broadcast hosted by the Atlantic Council, Adrienne Arsht Latin America Center, in Washington DC.

Delving into his remarks, President Ali emphasised that the fund will be used to unlock the potential of several areas which existed for a long time, but were stagnant due to lack of resources.

“Guyana has all the natural assets to be a leading food producer in the region. But food production today must be backed by appropriate technology and investment in infrastructure that will ensure the agriculture is sustainable and resilient to climate change and the effects of climate change,” he noted, while stating that such an achievement requires capital.

“…and this is one example of how the revenues from oil and gas can be deployed to position Guyana, not only for the benefit of Guyana, but the position Guyana to contribute significantly to the food security of the region as a whole,” he added.

The president believes that the prosperity of Guyana must also bring wealth and success to the region.

Guyana’s biodiversity and environmental wealth is well documented. The forest stores 19.5 gigatons of carbon. The standing value of the forests is over US $500 billion.

Additionally, the forest has the potential of earning in excess of US $100 million in carbon credit annually.

To back the forest, there are opportunities that reside in other natural resource sector including bauxite, gold, and diamond.

President Ali said this would mean that Guyana is rich in minerals and those areas can be supported to become competitive with the necessary investments.

“…whether is the roadways, the opening up of these areas, in a way that is sustainable. Investing in the right technology so that we can maximise output whilst protecting the environment.”

The administration wants to build a knowledge economy that is supported with Information, and Communications Technology (ICT) to make Guyana a natural hub for ICT services.

Accordingly, the president said building in development incentives so that multinationals can move their regional headquarters to Guyana.

“As we move forward as a country, important to the development and transformation that will take place is governance, democracy, transparency, and we are working aggressively on ensuring that all democratic credentials are embedded in the moral aspect of the development of our country,” Dr. Ali asserted.

Food production plays a critical part in the development trajectory of Guyana, the president pointed out.

He said the development mix which includes infrastructure, and economic transformation among other things, require the human resource transformation.

“That’s is why we are investing health in health and education and we are using the best who are good at this. Whether is the overhaul of the management system for our healthcare, ensuring that we have an education system that just does not deliver academic education, but one that position our education output into areas that the future economy would require, whether it’s robotics, software engineering, software development, coding, these are all areas in which we want our human resource potential to be positioned to take advantage of,’ Dr. Ali stated.

See also  Gunmen killed a British man and wounded others in St. Lucia

President Ali and a delegation including Vice President, Dr. Bharrat Jagdeo, Minister of Foreign Affairs and International Cooperation, Hugh Todd, and Foreign Secretary, Robert Persaud are in Washington, USA for a series of high-level engagements.

Guyana’s economy will not depend solely on oil and gas – Pres. Ali 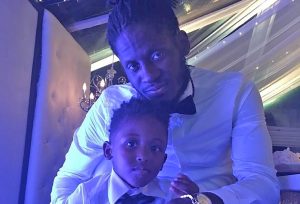