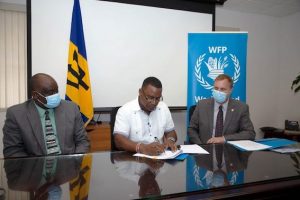 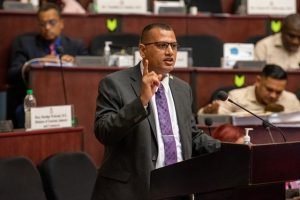 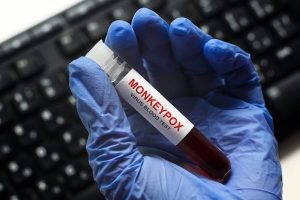 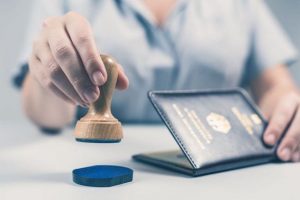 Team Saint Lucia was well represented at the Opening Ceremony for this year’s Commonwealth Games, which was held at Birmingham’s Alexander Stadium on Thursday evening.

Other athletes from Team Saint Lucia attending the Opening Ceremony were Leran Regis and Kyghan Mortley (Boxing), and Mikaili Charlemagne (Swimming). The other athletes were absent since many of them were either still on their way to the United Kingdom or arrived at the Athletes Village late Thursday.

The Opening Ceremony was punctuated by never-ending tributes to Birmingham. There were fireworks, music, and a celebration of culture and industry.

Over 6,000 athletes listened to short speeches from Prince Charles, and Dame Louise Martin, President of the Commonwealth Games Federation (CGF). A performance from Duran Duran, an English new wave band that was formed in Birmingham in 1978 by bassist John Taylor and keyboardist Nick Rhodes, capped off the evening of celebrations.

Four hours before Thursday’s Opening Ceremony, Julien Alfred and Mikaili Charlemagne were among the select athletes who were invited to meet Britain’s Prince Charles at the University of Birmingham campus, where many of the international athletes are based.

Accompanying Prince Charles on the visit to the Athletes Village was Dame Louise Martin, President of the Commonwealth Games Federation (CGF), who also greeted the athletes.

Alfred and Charlemagne joined athletes from other participating countries at the short ceremony held at Aitken Hall, where Prince Charles and Dame Louise met and chatted with athletes, even posing for group photos.

Thursday’s meet and greet took place four hours before the spectacular Opening Ceremony for the Commonwealth Games, which was held at Birmingham’s Alexander Stadium.

Swimmer Jayhan Odlum-Smith missed his first Heat in the Men’s 50m Butterfly on Friday morning due to him testing positive for COVID-19. Further developments on the young swimmer’s condition will be provided when available. However, Jayhan has since been receiving the requisite care from the medical team at the Games.

Meanwhile, middleweight boxer Kyghan Mortley will open the boxing end of things at the Commonwealth Games in Birmingham, United Kingdom, on Sunday, July 31, in the midday session after picking up a bye in the preliminary round. He will face Sam Hickey of Scotland.

Light heavyweight boxer Arthur Langelier will begin his quest on Monday, August 1, against Leatialii Afoa of Tuvalu in the midday session. Langelier also got a bye in the preliminary round of competition.

Super heavyweight boxer Leran Regis, who also drew a bye in the preliminary round, will glove up against Leuila Mau’u of New Zealand on Thursday, August 4, in the evening session.

All bouts will be held in the NEC Hall 4.

Chef de Mission for the 2022 Commonwealth Games, Joyce Huxley, said: “It is very unfortunate that our swimmer, Jayhan Odlum-Smith, was not able to compete on Friday, but we are looking forward to seeing Mikaili Charlemagne in action in the 50m Butterfly event on Saturday. Mikaili has been training hard with her coach, David Peterkin, and is very focused on achieving a best performance on Saturday and in her next event on Sunday.

“I have been very impressed watching the three boxers in training as they prepare for their upcoming bouts. The boxers came over to the UK in late June with Coach Conrad Fredericks, to train at the Repton Gym in London. All are demonstrating improved skill, speed, strength and endurance as a result of this high level training and we are expecting some solid performances from the team.

“There are seven athletes competing in Track & Field events, most of whom are already here in Birmingham, and very focused on training and final preparations for their individual events, under the watchful eyes of Coaches Henry Bailey and Makeba Alcide. The Athletics events will start with Julien Alfred competing in the 100m sprint on Tuesday. As always, Julien is totally focused on the job in hand.

“The youngest member of the team is Table Tennis player, De’Andre Calderon. De’Andre has not joined the team in Birmingham as yet, as he continues his training at the renowned Topspin Sport facility in Germany, where he has been based since mid-June. With the intense training continuing, Coach Chris Wells and the rest of the team are looking forward to a very high standard of performance from this talented young player.”