NEW YORK –  Multi-platinum GRAMMY Award-winning artist Estelle will be releasing her fifth studio album, Lover’s Rock via VP Records and Established 1980 Inc. this September, which will be a full-fledge reggae album.

In conjunction with the album announcement, Estelle’s video for the single ‘Better’ has also premiered exclusively on Apple Music’s Beats 1 Station with an interview with radio personality Becca D. “Better” is composed of sultry vocals and a modern reggae and afro-beats rhythm that is sure to become a summer staple.

In comparison to those of her formative years, Lover’s Rock is Estelle’s most personal album to date, as she centers in on her West Indian roots with a full-fledged reggae album. She has collaborated with esteemed Jamaican producer Supa Dups [Drake, Beenie Man], Reefa [Lil Wayne], Jerry Wonda [Wyclef Jean], Harmony Samuels [Jennifer Lopez, Ariana Grande] and more.

In the forthcoming LP, Estelle has assured to fuse her signature R&B and hip-hop sound while paying homage to her Grenadian roots as she not only concentrates in reggae, but also embraces Afro-beats and Soca music. 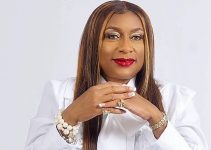 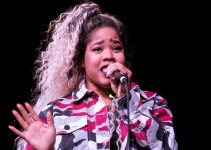